To share your memory on the wall of Wade Mountz, sign in using one of the following options:

Wade gave generously of his time to mentor others, and was an active member and leader of health care professional organizations at local, state, and national levels. He served as President of the Kentucky Hospital Association in 1959-60, and as President of the American Protestant Hospital Association in 1969-70. He was elected Chair of the American Hospital Association Board of Trustees in 1975, and Speaker of the AHA House of Delegates in 1976. He also served on the Board of Commissioners of the Joint Commission on Accreditation of Healthcare Organizations from 1976-91. He was a Director of Blue Cross and Blue Shield of Kentucky, Inc. from 1977-80.

Wade had the vision in the 1970’s to found a company jointly owned by the largest non-profit hospitals in the country to compete with for-profit hospital systems, Voluntary Hospitals of America, Inc. (VHA) in Dallas, Texas, serving on the Board of VHA from its founding until 1989, and then President and CEO in 1989-90.
He received many awards for his professional achievements, including the Gold Medal Award of Excellence in Hospital Administration of the American College of Healthcare Executives (1975), and was named to the Public Health Hall of Fame of the University of Kentucky (2007), and the Health Care Hall of Fame of Modern Healthcare magazine (2008). He was also a Life Fellow of the American College of Healthcare Executives.
The first person in his family to attend college, he had a lifelong commitment to the improvement of public educational opportunities. He was chair of the Pritchard Committee for Academic Excellence from 1987-90. He also served as vice-chair of the Kentucky Board of Education and as a Trustee of Kentucky Wesleyan College from 1978-2000.

Wade was a people person who made friends everywhere he went, and maintained those friendships throughout the many years of his career and retirement. He also considered his family, friends, and faith to be vital parts of his life. With several life-long friends, Wade and Betty co-founded St. Mark United Methodist Church in Louisville in the 1950’s.

Wade and Betty were married for 68 years before her death in 2014. He was also predeceased by his beloved younger sister, Ruth Mountz Prall.

A celebration of his life will be held at 11:00 a.m. Tuesday at St. Mark United Methodist Church, 4611 Lowe Rd., followed by internment at Cave Hill Cemetery with all family and friends invited.

In lieu of flowers, the family requests that memorials be made to the Norton Healthcare Foundation in support of the Wade Mountz Heritage Society, P.O. Box 950183, Louisville, KY 40295.
Read Less

To send flowers to the family or plant a tree in memory of Wade Mountz, please visit our Heartfelt Sympathies Store.

We encourage you to share your most beloved memories of Wade Mountz here, so that the family and other loved ones can always see it. You can upload cherished photographs, or share your favorite stories, and can even comment on those shared by others.

Posted Mar 10, 2020 at 07:42am
Please accept our most heartfelt sympathies for your loss... Our thoughts are with you and your family during this difficult time.

Flowers were purchased for the family of Wade Mountz. Send Flowers

Posted Mar 08, 2020 at 03:21am
Drinking coffee and eating doughnuts at Belmont village st.matthews at three in the morning while waiting to get to a business meeting.
Comment Share
Share via:
HH

Posted Mar 08, 2020 at 03:18am
Very sorry for your loss. Your family is in my prayers such a wonderful man. And a great person to take care of at Belmont village st. Matthews 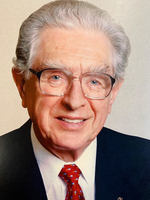