To share your memory on the wall of Barry Alford, sign in using one of the following options:

Print
Barry Dyer Alford, 83, died peacefully at home on Sunday October 4, 2020, well-loved, he was surrounded by family and friends.

Barry was born in Washington DC on Dec 1, 1936 and is survived by daughters Julien (Curtis), Brooke, Marcy (Br... Read More
Barry Dyer Alford, 83, died peacefully at home on Sunday October 4, 2020, well-loved, he was surrounded by family and friends.

Barry was born in Washington DC on Dec 1, 1936 and is survived by daughters Julien (Curtis), Brooke, Marcy (Brett) and son Matthew (Diana) and six grandchildren.

As a young boy his mother was secretary to an ambassador and, as a result, he lived in South America and France, and spoke three languages.

Through his military step-father, who was an Olympic gold medal equestrian, he learned discipline and the benefits of hard work.

After attending West Point he went on to graduate from Georgetown University in Washington D.C. Self-drive and leadership abilities lead him to build Alford Developments in Chattanooga, Tennessee, a successful development corporation that created multiple vibrant shopping centers throughout the eastern United States.
Barry’s passion for flying gave him an aerial view of the world that contributed to his success in land development. His drive in life led him to fulfill his dream of flying his own airplanes. He eventually acquired an MU-2 and Russian fighter L-39. In his later years he loved spending time at his Florida Boathouse with close friends and working on his boat. His lifetime regimen of going to the gym almost every day kept him mentally and physically strong throughout his life.

The family would like to extend much gratitude to Hosparus here in Louisville for their exceptional care and compassion. With their assistance, the family was able to care for Barry in his home up to his death.

Memorial donations can be made to Hosparus at hosparushealth.org.
Read Less

To send flowers to the family or plant a tree in memory of Barry Dyer Alford, please visit our Heartfelt Sympathies Store.

Receive notifications about information and event scheduling for Barry

We encourage you to share your most beloved memories of Barry here, so that the family and other loved ones can always see it. You can upload cherished photographs, or share your favorite stories, and can even comment on those shared by others.

Nathan and Alissa Ratley sent flowers to the family of Barry Dyer Alford.
Show you care by sending flowers

Flowers were purchased for the family of Barry Alford. Send Flowers 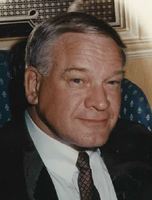