To share your memory on the wall of Bernie Gardner, sign in using one of the following options:

Provide comfort for the family of Bernie Gardner with a meaningful gesture of sympathy.

Print
On September 5, 2019, Bernard Henry Gardner, loving husband, father, grandfather, and brother passed away at the age of 70.

Bernie was born on July 11, 1949, in Louisville, KY to Andrew and Clara (Ackermann) Gardner. He grew up in the H... Read More
On September 5, 2019, Bernard Henry Gardner, loving husband, father, grandfather, and brother passed away at the age of 70.

Bernie was born on July 11, 1949, in Louisville, KY to Andrew and Clara (Ackermann) Gardner. He grew up in the Highlands and attended St. Francis of Assisi School and was a graduate of St. Xavier High School. Bernie received his accounting degree from Bellarmine College in 1969. After several years working at Coopers & Lybrand in Louisville, Bernie purchased a small accounting practice in Lebanon, KY, and faithfully served his clients until his retirement in 2018. On July 8, 1972, he married Mary Jacqueline Mueller. Together they raised three sons, Brian, David and Steven.

Bernie grew up caddying at Big Spring Country Club where he learned to love the game of golf, a passion he passed on to all three of his sons. While living in Lebanon, Bernie was an active member of St. Augustine Catholic Church, where he sang in the choir for many years. Bernie was part of a Wednesday night supper group, a weekly tradition that he loved and meant so much to him. Bernie’s favorite song was “American Pie” by Don McLean.

A funeral mass will be held on September 10 at Saint John Paul II (3521 Goldsmith Ln, Louisville, KY) at 5:00 p.m. Visitation will precede the funeral from 3:30 - 5:00 p.m. In lieu of flowers, donations may be sent to the Kentucky & Southern Indiana Chapter of the Leukemia & Lymphoma Society, who generously supported Bernie throughout his 10-year battle with Multiple Myeloma.
Read Less

We encourage you to share your most beloved memories of Bernie Gardner here, so that the family and other loved ones can always see it. You can upload cherished photographs, or share your favorite stories, and can even comment on those shared by others.

Flowers were purchased for the family of Bernie Gardner. Send Flowers 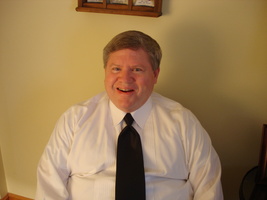