To share your memory on the wall of Breanna Price, sign in using one of the following options:

Known by the affectionate nicknames Breeze, Breezie, and Breezie Babe, Breanna was famous for her 30,000-watt smile and unquenchable enthusiasm, and her deep reserves of positivity made her a success at almost everything she tried. With interests as varied as abundant Christmas decorations to athletics and writing, she was as devoutly passionate about film as she was her many abiding friendships, her Louisville Cardinals, her Delta Zeta Sorority sisters and being a navy brat. From a young age, her teachers loved her, and after earning a bachelors in Communication, she went on to become, among other things, an accomplished writer who interviewed Academy-Award winning actresses. As a young woman, she had a love of international travel, which took her as far and wide as the Balkans and Europe, but only after she had hit every state in America (and just about every National Park).

After a bourgening career that took her from New York to St. Louis to Santa Barbara and back to Louisville, she eventually followed her older older siblings into the restaurant and hospitality business, where she was recently promoted at the Rabbit Hole Distillery and elected to the Louisville Bartenders Guild Board of Directors. One of her dreams was to eventually publish a series of fantasy books that would become the next Harry Potter. But above all, family was everything to Breanna, a loving daughter and sister who was hungry for everything life had to offer.

The family asks that in lieu of flowers, charitable donations be sent to The Center for Women and Families (https://www.thecenteronline.org/get-involved/give/donations/), a cause very important to her, donated in her loving memory and name. Breanna was a giver and a protector. Her wish would have been to continue to impact the world in a positive and loving way.

To send flowers to the family or plant a tree in memory of Breanna Mackenzie Price, please visit our Heartfelt Sympathies Store.

Receive notifications about information and event scheduling for Breanna

We encourage you to share your most beloved memories of Breanna here, so that the family and other loved ones can always see it. You can upload cherished photographs, or share your favorite stories, and can even comment on those shared by others.

Dale L Romans, The Robillard Family, and other have sent flowers to the family of Breanna Mackenzie Price.
Show you care by sending flowers

Posted Feb 25, 2020 at 07:28pm
Admiral Price, our thoughts and prayers are with you and your entire family as you go through this difficult time. Please know we are thinking of you, and praying for Breanna. My sincere condolences..Jill Rough, USNR and my entire family
Comment Share
Share via:
DR

The Robillard Family purchased flowers and planted a memorial tree for the family of Breanna Price. Send Flowers

Posted Feb 24, 2020 at 04:24pm
With heartfelt condolences. Planting this tree in Breanna's name. Her light will continue to shine in your heart. 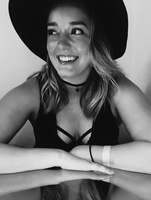 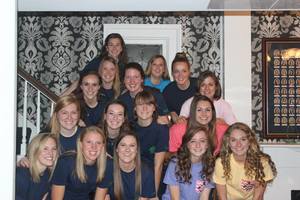