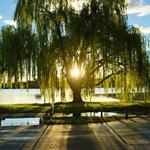 Bruce York, 64 passed away, Saturday, June 29, 2019 at his residence. He was born May 4, 1955 in Louisville, KY to the late Patricia Ann and Jesse Herman York.
He is survived by his brother, Steve York and half brother, William McLeid.
Services will be held at a later date.