To share your memory on the wall of Carol Mulhall, sign in using one of the following options:

After returning to Kentucky, she met Gene Mulhall, an art student who had also lived in France. They married in 1959, and celebrated 53 years together before he passed away in 2012. They both had a passion for art in many forms, with Carol excelling at watercolor painting and making ceramics in the Japanese raku style. They also shared a belief in progressive politics, and a lifelong love of all things French, including food, wine, film and art.
For over 35 years, Carol taught art in the Jefferson County public schools, including at Manual, Waggener and Seneca High Schools. Affectionately called “Mrs. Mo” by her students, she was a popular and approachable teacher at Waggener, where she taught for many years. She spent the later part of her career teaching French. She also taught art education as an adjunct professor at the University of Louisville.
In addition to painting and ceramics, Carol was an exceptional culinary artist who mastered various cuisines, from French classics and southern comfort dishes to Chinese stir fries and Spanish Paella. Carol traveled the globe, visiting the Great Wall in China, Peruvian Andes, Costa Rican rain forests, game reserves in southern Africa, Turkish Cappadocia, Angkor Wat in Cambodia and the Mekong River in Vietnam, plus many places in Europe, from Lisbon to Paris, and Dublin to Istanbul.

Carol is survived by her three children, daughter Colin Mulhall and sons Sean Mulhall (Rosemary) and Kyle Mulhall (Michael Sigelman). She is also survived by her two grandchildren, Jillian Genevieve and Gene
Jameson, as well as over thirty nieces, nephews and cousins.

Cremation was chosen and arranged by Highlands Funeral Home. A wake in celebration of her life is planned for late Summer of 2020. An announcement of the date and location will be forthcoming.
Read Less

Receive notifications about information and event scheduling for Carol

There are no events scheduled. You can still show your support by sending flowers directly to the family, or planting a memorial tree in memory of Carol Lee Mulhall (Schlaug).
Plant a Tree

We encourage you to share your most beloved memories of Carol here, so that the family and other loved ones can always see it. You can upload cherished photographs, or share your favorite stories, and can even comment on those shared by others.

Posted Apr 05, 2020 at 10:51am
Colin: I was so sorry to read of your mother's passing. Please know that I and everyone at the Corps of Engineers have you in our hearts and feel your loss. May time and the knowledge that she loved you, was loved by you and others bring you peace. Carlton Arnold
Comment Share
Share via: 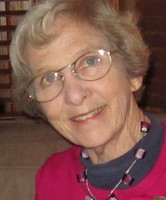