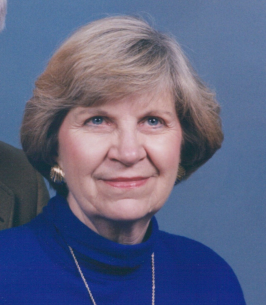 Elizabeth Charlene Sauer, 91, of Louisville, KY passed away on October 5, 2022 at Norton Brownsboro Hospital with her two loving children by her side.

She was born on September 15, 1931 to the late Charles and Lou Verda Sabens in Barren County, Ky. She was preceded in death by her parents, a brother, Joe Marshall Sabens and her sister Elaine Lilly. Her beloved husband of 59 years, George Sauer, entered eternal rest on May 4, 2010.

Charlene graduated from Temple Hill High School and went on to attend Western Kentucky University before she met and married George at the age of 19. George played football at WKU and then went into the Army and took Charlene to Ft. Benning, Ga where their first child was born, Jeffrey David Sauer. They then lived in Germany for a few years until they came back to Louisville and resided for the rest of their lives. Their second child, Jennie Ciliberti Creel was born in Louisville and the family was complete.

Charlene was a homemaker and loved sewing. She also did a lot of cross stitch when the kids were growing up. She was a quiet, well respected woman who never had a bad word to say about anyone. Many memories and lifelong friends were made when she worked at the Jewish Community Center swimming pool for 15 years during the summers of the 1960s and '70s.

Charlene loved her family more than anything in the world. She was a member of Jeffersontown Christian Church for over 50 years.

She is survived by her adoring children, Jeff (Phyllis) Sauer and Jennie Ciliberti Creel (Ed); and three grandchildren, Brandon, Jenna and Kelsey Sauer. She also was blessed with seven great grandchildren: Lucas, Silas, Maxwell, Avery, Gabi, Sylvi and Jaydon Sauer; and another little boy to be born in March 2023.

Charlene will be missed by all that had the pleasure of knowing her. She was the sweetest woman and has earned her place in heaven.

We love you so much, mom. May you rest in peace -- no more pain.

Her funeral service will be at Highlands Funeral Home, 3331 Taylorsville Rd on Monday, October 10th, at 1:00 pm, with burial in Cave Hill Cemetery. Visitation will be from 2:00 - 6:00 pm Sunday, October 9th, at the funeral home.