To share your memory on the wall of David A. Nakdimen, sign in using one of the following options:

Provide comfort for the family by sending flowers or planting a tree in memory of David A. Nakdimen

Provide comfort for the family of David A. Nakdimen with a meaningful gesture of sympathy.

Born in the coal town of St. Charles, Virginia, he spent most of his life in Kentucky. After graduating from London, KY High School, he attended the University of Kentucky and grad... Read More
David A. Nakdimen, 86, passed away Friday, May 8, 2020.

Born in the coal town of St. Charles, Virginia, he spent most of his life in Kentucky. After graduating from London, KY High School, he attended the University of Kentucky and graduated in 1955 with a Bachelor of Arts degree in Journalism. Following postgraduate work in political science, he started his professional career as a reporter with the old Lexington Leader daily newspaper. Dave joined WAVE Radio-TV in 1961 as a political and government reporter. He was responsible for coverage of city and county government and the state legislature. He covered local and state elections, and was a panelist in 1975 in the debate between Julian Carroll and Bob Gable, the first such debate ever telecast statewide. Dave covered other major stories of the period, including the floods of 1964 and 1997, tornados of 1974 and 1976, seven national political conventions, the Standard Gravure shootings, and broke the story of the collapse of Prudential and American Building and Loan Associations in the early 1970s. He won eight awards for commentary from the Society of Professional Journalists, four from the Associated Press, two Gavel awards from the Louisville Bar Association for coverage of the courts, including the first televised trial in Kentucky, and a regional Emmy award. He retired in 1997 after 36 years at WAVE. He continued to work following retirement, writing and producing a weekly commentary “Nakkers”. Dave was elected to the Kentucky Journalism Hall of Fame in 1998, and was the second person ever honored with the “First Mike” award for public service by the Society of Professional Journalists. Dave interviewed many celebrities and political figures over the years including, Dr. Martin Luther King Jr., John Wayne and Muhammad Ali.

He was a member of Highland Baptist Church, where he was an honor deacon and the Quarterback Club. He was an avid University of Kentucky Wildcats fan.

Dave was preceded in death by his parents, Abe and Lucy (Steelman) Nakdimen.

Expressions of sympathy may be made to Highland Baptist Church or the Kentucky Humane Society.

A private service will be held due to Covid19 restrictions. A memorial service will follow at a later date.
Read Less

To plant a memorial tree in honor of David A. Nakdimen, please visit our Heartfelt Sympathies Store.

Receive notifications about information and event scheduling for David A. Nakdimen

Receive text or email updates for David A. Nakdimen

There are no events scheduled. You can still show your support by sending flowers directly to the family, or planting a memorial tree in memory of David A. Nakdimen.
Plant a Tree

We encourage you to share your most beloved memories of David A. Nakdimen here, so that the family and other loved ones can always see it. You can upload cherished photographs, or share your favorite stories, and can even comment on those shared by others.

Posted May 12, 2020 at 01:32am
Wanda, Suzanne & family,
So sorry to see that you have lost Dave! The memories that we remember with you all and the Nally family will always be some of the best. My prayers are with your family. It’s so sad that friends can’t be there to support you at this awful time! Be strong!
Comment Share
Share via:
BH

Posted May 10, 2020 at 06:48pm
Dave was always interesting to be with, his knowledge and wit made the Monday Lunch
Bunch a fun gathering !
Bud Hughes
Comment Share
Share via:
ME

Posted May 10, 2020 at 12:08pm
I am a loyal fan of WAVE 3 News, having long followed Mr. Nakdimen's reporting. I enjoyed and trusted his no nonsense approach, seeming to speak with knowledge as well as from his heart to his fellow man. I was in the 1974 tornado and had a Southern Indiana neighbor who was injured in the Standard Gravure shooting. I knew when Mr. Nakdimen covered these stories that it was factual reporting. With today's media coverage and fake news, I see very few reporters with Mr. Nakdimen's integrity to honestly report events. And, that is another thing wrong with the world today. I send my condolences to Mr. Nakdimen's family and friends. I keep you all in prayer. M. Denise Ellars, Lanesville, IN
Comment Share
Share via: 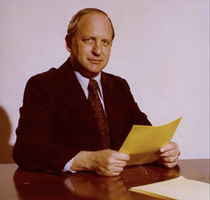