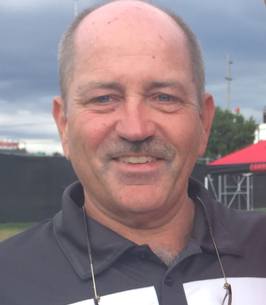 Print
Dennis L. “Denny” Thompson, 60, passed away Monday, October 8, 2018, after a courageous 13 month battle with pancreatic cancer. He was preceded in death by his father, Guy,

Denny was a two-time winner of the Jr. Falls City tournament, was a member of the two-time State Championship golf team at Doss High School, and attended the University of Louisville on a golf scholarship. He was a member of the Professional Golfers Association, PGA Kentucky, where he was awarded the Deacon Palmer Award, and a member of the Doss High School Hall of Fame. His entire working career was spent in the golf industry, beginning at Iroquois and Seneca Golf Courses, and Glenmary, GlenOaks, Audubon, South Park and Oldham County Country Clubs. He was, until recently, the General Manager of the University of Louisville Golf Club, a position he considered his “dream job”. He touched many lives in his life, but no one will miss him more than his family.

Denny is survived by his wife of almost 30 years, Mary (Smith) Thompson; his son, Evan and daughter, Caitlin. Also surviving is his mother, Rose; his brother, Guy C. Thompson (Elaine); and his sister, Patsy Russell (Gary); and his brothers-in-law, John (Shae) and Bill Smith (Tonya). He is survived by many nieces, nephews, and other family members. He is also survived by many friends, whom he considered brothers.

The family wishes to thank the staff of the Baptist Health Park Tower and Hosparus for the excellent care Denny received.

Visitation will be at Highlands Funeral Home, 3331 Taylorsville Road beginning Friday, October 12, 2018 from 11am to 8 pm. There will be a short memorial service at the funeral home on Saturday, October 13, 2018 at 10 am followed by burial in Calvary Cemetery.

Memorial gifts can be made to Hosparus of Louisville or Pancreatic Action Network at PanCan.org.

We encourage you to share any memorable photos or stories about Dennis. All tributes placed on and purchased through this memorial website will remain on in perpetuity for future generations.

Mary, Caitlin and Evan,
Denny is in my thoughts and prayers. He knew how to leave this world; live and love to the end! As a family, you were an inspiration with your love and support. You helped him to do it the way he wanted. What a gift.
Peggy Bowling - Wednesday October 17, 2018 via Donation
To: HOSPARUS INC
Share This:

MC
May God comfort and heal. Denny was a good man. Always enjoyed being around him.
Mike Campbell - Friday October 12, 2018 via Condolence Message
Share This:

Gene and Kathy Harrison - Friday October 12, 2018 via Donation
To: HOSPARUS INC
Share This:

We are sending our love and prayers to you and your family and we will continue to do so in the difficult days to come. We love you Mary Lynn!
Love,
Sally & Steve
Susan & Willie
Sally (Berry) & Steve Soileau, Susan Lane & Willie - Thursday October 11, 2018 via Heartfelt Sympathies
Share This:

My deepest sympathies for the loss of your loved one. Prayers for peace and strength during this difficult time. 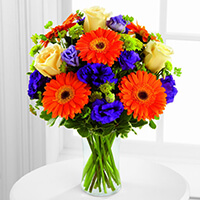 I am so sorry for your loss.

Deepest Sympathies for your loss
KGCSA - Thursday October 11, 2018 via Heartfelt Sympathies
Share This:
1 2 next page >>
Page 1 of 2
Share
×