To share your memory on the wall of Donald Richard Chappell, sign in using one of the following options:

He was an Eagle Scout, a Navy Seabee, a truck driver and an avid UofL fan.

He was an Eagle Scout, a Navy Seabee, a truck driver and an avid UofL fan.

Don was preceded in death by his parents, Herman Lee Chappell and Angela Anne (Parsons) Szucs and his daughter, Dawn Marie.

Due to Covid-19 safety restrictions the funeral home can allow 100 people maximum for both the visitation and service. A face mask is mandatory.
Read Less

To send flowers to the family or plant a tree in memory of Donald Richard Chappell, please visit our Heartfelt Sympathies Store.

We encourage you to share your most beloved memories of Donald Richard Chappell here, so that the family and other loved ones can always see it. You can upload cherished photographs, or share your favorite stories, and can even comment on those shared by others.

Jonnie, Sara, Josh and families, Love, Edie, Kristi, Sara and Katie, and other have sent flowers to the family of Donald Richard Chappell.
Show you care by sending flowers

Flowers were purchased for the family of Donald Richard Chappell. Send Flowers

Posted Jul 03, 2020 at 12:34pm
Wishing you peace to bring comfort, courage to face the days ahead and loving memories to forever hold in your hearts.

Posted Jul 02, 2020 at 02:10pm
Remember that we love and care about you. Donnie brought so many gifts to our life. We will never forget him! With love and hugs. 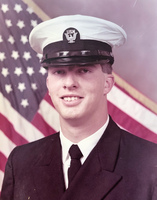