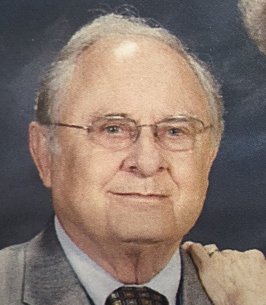 A native Louisvillean, he held degrees from the University of Kentucky, the University of Louisville School of Medicine, and was a Fellow in Cardiology at Detroit’s Henry Ford Hospital. In 1963 he joined Drs. Troutman, Denham, and Post in the city’s first group cardiology practice, known now as Cardiovascular Associates. He was President of Suburban Hospital’s Medical Staff, volunteered as relief physician at the Red Bird Mission Hospital in eastern Kentucky, and co-authored articles in the Journal of the American Medical Association and the Journal of the Kentucky Medical Association. From 1967-69 he served in the United States Navy at the Naval Air Station Hospital in Jacksonville, FL. Donald was a man of deep and abiding faith. He met Charlotte Lambert, his wife of 62 years, at Fourth Avenue Methodist Church while both were in high school. They married in 1956 and became members of St. Matthews United Methodist Church where Donald occupied numerous positions of leadership for the next 50 years. His years of retirement were filled with family, church, community service, and travel. Donald was designated Founding Physician and Director of the Healing Place by the Louisville Medical Society. Under his leadership the organization adopted its present focus on addiction treatment and recovery. He also founded and directed Louisville’s Hospital Hospitality House and served on its national Board of Directors. He made multiple service trips in the U.S. and abroad, and was a relief worker following hurricane Andrew in Miami, FL. Donald received many awards for community service, including WLKY’s Bell Award, the Abell Award for Community Service from the University of Louisville School of Medicine, and the Kentucky Medical Association’s Irving Shaw Distinguished Service Award. He was recognized for Excellence in Community Service by Jewish Hospital and belonged to the Medical Foundation, the service branch of the Greater Louisville Medical Society. Donald’s life is best described by the gospel hymn lyrics, “Others, Lord, yes, others, Let this my motto be, Help me to live for others, That I may live like Thee”.

A memorial service celebrating the life of Donald H. Mosley is scheduled for 2:00 pm on Sunday the 11th of November at St. Matthews United Methodist Church, 319 Browns Lane.

Expressions of sympathy may be sent to The Healing Place (thehealingplace.org) or St. Matthews United Methodist Church (stmatthewsmethodist.com).

To send flowers to the family of Donald H. Mosley, please visit our Heartfelt Sympathies Store.

We encourage you to share any memorable photos or stories about Donald. All tributes placed on and purchased through this memorial website will remain on in perpetuity for future generations.

LF
My deepest condolences for the loss of your dear loved one. Losing a loved one to death is one of the hardest things to deal with in life. And while nothing will completely take away your grief, by meditating on Gods promises found in the Bible concerning death, (John 5:28, 29; Revelation 21:3, 4) you can find real hope and the strength to keep going. My family and I have found the scripture at Isaiah 25:8 to be especially comforting. Here it promises that God "will swallow up death forever and the Sovereign Lord Jehovah will wipe away the tears from all faces."
L. Fields - Saturday November 10, 2018 via Condolence Message
Share This:

Wishing you peace to bring you comfort in these difficult times and loving memories to forever hold in your heart. Our thoughts and prayers are with your family.
Kinkaid Athletic Family - Friday November 09, 2018 via Heartfelt Sympathies
Share This:

DE
Charlotte and Family My deepest sympathy to you and your family. Dr. Mosley was a joy to work for, such a caring and wonderful person. He will be greatly missed.
Debra Ewing - Thursday November 08, 2018 via Condolence Message
Share This:

E
Please accept my sincere condolences during this time of grief. My hope is that the words of Christ Jesus be of comfort, when he stated that "the hour is coming in which all those in the memorial tombs will hear his voice and come out" (John 5: 28, 29). We can also take comfort in God's personal promise to "wipe out every tear" and that soon, even "death will be no more" (Revelation 21: 4).
Emilio - Monday November 05, 2018 via Condolence Message
Share This:


It was with great sorrow I learned earlier today of your Husband's/Dad's/my Uncle's passing. Please know I share with you in grieving this tremendous loss.


Although I know HE was ready for his well-earned Eternal Life, I'm not sure the rest of us were, to let-go of someone who has been so instrumental not only in your immediate family, but the extended Lambert family, as well. Our lives were enriched & improved knowing him, & the witness he provided to all fortunate enough to walk beside him on his path. Consider yourself, as I do myself, blessed!


Safe travels to all who will journey in the days ahead to Uncle Donald's Louisville final resting place. Know that others stand beside you in support & admiration, as you privately & publically bid farewell. And pay him your highest respect by living your days ahead as a testimony to the man who taught us all, by example, Christ's presence & Christ's love.


Our loss is Heaven's gain.


With much love & great remembrance,