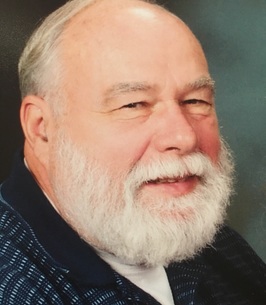 20 Grandkids, and 8 Great Grandkids (with 2 on the way), whom he loved dearly, especially when he told them stories or played pranks on them.
A host of nieces and nephews, and many close friends.
Fred’s “Man’s Best Friend”, his devoted dog Lucky.
Our family wishes to thank Hosparus, especially Amber and Brandy, who faithfully visited and helped with Fred’s care.
Visitation will be Sunday, September 30 from 1:00 - 8:00pm at Highlands Funeral Home. Funeral Services will be at 9:30 at St. Louis Bertrand on Monday, October 1st.

To send flowers to the family of Earl "Fred" Bielefeld, please visit our Heartfelt Sympathies Store.

We encourage you to share any memorable photos or stories about Earl. All tributes placed on and purchased through this memorial website will remain on in perpetuity for future generations.

In loving memory of Fred
Lynda Lawrence - Monday October 01, 2018 via Donation
To: HOSPARUS INC
Share This:

AB
so sorry to for your loss Kathy and family
Anita Brown - Saturday September 29, 2018 via Condolence Message
Share This: