To share your memory on the wall of Edward Hamilton, sign in using one of the following options:

Doug was born on May 18, 1951 in Loretto, Kentucky. He proudly served the commmunity for nearly 50 years with the Louisville Division of Police, the United States Marshals... Read More
E. Douglas Hamilton, 69, passed away on Saturday, June 13, 2020.

Doug was born on May 18, 1951 in Loretto, Kentucky. He proudly served the commmunity for nearly 50 years with the Louisville Division of Police, the United States Marshals Service, and Louisville Metro Government before his retirement in 2019.

Doug has said that his life didn't really begin until he had his children and he devoted himself entirely to them. As he would always say, “let the record reflect” that being a dad was “the best job ever.” He is survived by his 3 children, Carol Ann Isbell (David,) Taylor (Jesse Yarbrough,) and Chris (Jess Jones.) and his two grandchildren, Henry and Sloan. Doug grew up without a lot of family so he made his own along the way, with special mention to his best friend, the late Lt. Colonel Gary Howard (Joann and family).

The service will be on Friday the 19th at Highlands Funeral Home and due to Covid-19 will be private. In lieu of flowers, donations can be made in his honor to the American Red Cross or the American Heart Association.
Read Less

Receive notifications about information and event scheduling for Edward

There are no events scheduled. You can still show your support by sending flowers directly to the family, or planting a memorial tree in memory of Edward Douglas "Doug" Hamilton.
Plant a Tree

We encourage you to share your most beloved memories of Edward here, so that the family and other loved ones can always see it. You can upload cherished photographs, or share your favorite stories, and can even comment on those shared by others.

Posted Jun 19, 2020 at 11:09pm
Doug Hamilton was a fine man who always gave his best. He was a very good leader in our community. We consider ourselves fortunate to have known him.
Jennie & John Callahan

Posted Jun 18, 2020 at 09:15am
Chief Hamilton served the community well, and in many ways over the years. His desire for public service was outstanding. My thoughts and prayers are with his entire family.

Posted Jun 17, 2020 at 12:22pm
Prayers going out for his family, friends and everyone he touched, worked with or helped throughout his life. I remember meeting Doug when I was 17 when I would go have dinner with a friend and her husband. I then had the short privilege of working with Doug in Crime Prevention. After leaving school and I was losing insurance for me and my daughter he helped me get a job at the airport. He was one of the good guys. RIP Doug. You have done a lot for the city. Although you will be missed you can now take a rest and look over your from above.
Comment Share
Share via:
DP

Posted Jun 17, 2020 at 08:47am
Dear Family of Doug Hamilton,
As a former Assistant Commonwealth Attorney I was privileged to work with Doug. Then, as Acting Director of the Louisville ABC office for a year, I recruited Doug to help me ferret out the possible corruption in that office. He represented the best of law enforcement, I knew I could trust him, and his professionalism was unmatched. After I left those offices and went back to practicing law I always enjoyed running into him and catching up on what new public service he was engaged in. I know he will be missed.
Dee Pregliasco
Comment Share
Share via:
BS 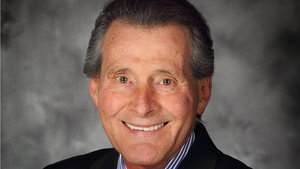