To share your memory on the wall of Eugene Martin "Gene" Deeley, sign in using one of the following options:

Born in Louisville, Gene attended Flaget H.S. and was a graduate of Bellarmine College. He was a U.S. Navy combat veteran of the Korean War and founder and past president of D & W Silks. He served on the board of directors at The Morton Center and JADAC and helped countless others through his work with Catholic Charities and The Healing Place. Gene was an avid supporter of the University of Louisville athletics and held season tickets for over 40 years. He was also a former member of St. Raphael the Archangel Catholic Church.

He was preceded in death by his wife, Donna; and his two brothers, Michael and Emil “Bud”.

The family wishes to thank the staff at Nazareth Home for their compassionate and loving care.

Expressions of sympathy may be made to VIPS (Visually Impaired Preschool Services), 1906 Goldsmith Lane, 40218 or The Healing Place.
Read Less

To send flowers to the family or plant a tree in memory of Eugene Martin "Gene" Deeley, please visit our Heartfelt Sympathies Store.

We encourage you to share your most beloved memories of Eugene Martin "Gene" Deeley here, so that the family and other loved ones can always see it. You can upload cherished photographs, or share your favorite stories, and can even comment on those shared by others.

Chris, Julie, Sam and Luke Padgett, Ketty Chou, and others have sent flowers to the family of Eugene Martin "Gene" Deeley.
Show you care by sending flowers

Posted Jan 14, 2019 at 10:01am
Please accept our deepest condolences. Our thoughts are with you and your family during this difficult time.

Posted Jan 14, 2019 at 08:51am
To the Deeley Family - With my warmest condolences for your loss. Gene was a great man and will be missed. My thoughts are with your family.

Posted Jan 14, 2019 at 08:49am
To the Deeley Family - With my warmest condolences for your loss. Gene was a great man and will be missed. My thoughts are with your family. 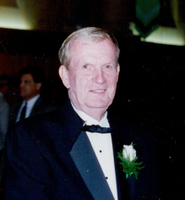