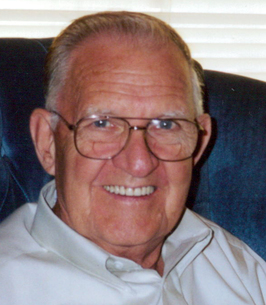 Print
Harold Abrams was born July 23, 1924. He passed away at the age of 94 on September 25, 2018 at Hospice in Louisville, KY. He was retired from E.I. Dupont Chemical after 38 years. He proudly served his country in the U.S. Navy during WWII stationed in the Philippines.

To send flowers to the family of Harold Francis Abrams, please visit our Heartfelt Sympathies Store.

We encourage you to share any memorable photos or stories about Harold. All tributes placed on and purchased through this memorial website will remain on in perpetuity for future generations.

RH
Sympathy and prayers to all of Mr Abrams family's. We are so sorry for your loss. May be rest in peace.
Rose and Jerry Hamilton - Wednesday October 03, 2018 via Condolence Message
Share This:

SC
Abe was a fine person an friend. Glad I got to work with him an talk to him at his kitchen table always with a smile on his face. May he rest in peace
Sam carrico - Monday October 01, 2018 via Condolence Message
Share This:

KP
Dianne and Deena, I am so sorry to hear loss of your father. He was a very fine man. I wish to come the funeral but I live in Seattle. Prayers for you both and family. I love you both.
Kaye
Kaye Peak - Thursday September 27, 2018 via Condolence Message
Share This:

May the memories held deep inside your heart, help to comfort you... You’re in our prayers.

Your sweet girls Kayla and Hannah
Jason,Danielle and girls - Thursday September 27, 2018 via Heartfelt Sympathies
Share This:
1
Page 1 of 1
Share
×