To share your memory on the wall of James Bland, sign in using one of the following options:

James “Jim” G. Bland, Jr., at age 55, surrounded by his family and his faithful companion Lily, found his final peace and rest on the morning of July 1, 2020.

James “Jim” G. Bland, Jr., at age 55, surrounded by his family and his faithful companion Lily, found his final peace and rest on the morning of July 1, 2020.

Jim had a passion for patriotism that followed him throughout his life. His desire to protect and serve propelled him into careers of service for his country and community.

Jim entered into the United States Army Reserves in 1989 as a Second Lieutenant. During the span of his military career, he was called into active service on two occasions: for Desert Storm and Operation Iraqi Freedom. He retired from the Army in 2007, achieving the rank of Major.

While serving in the military, Jim joined the local police department in 1995. Throughout his years of service to Louisville Metro Police Department, he advanced to the rank of Sergeant. He served in several departments, including the Crimes Against Children Unit, with his last appointment serving the LMPD Legal Department. He retired from his career with the Louisville Metro Police Department and moved to Charlotte, NC in 2015.

In 2019, Jim retired from his career with the Department of Homeland Security in his role as Assistant Chief Counsel.

Jim loved spending time with his family and friends. His ability to make others laugh was infectious. His big voice, personality and laughter could always fill a room and will be missed by all who knew him well.

Jim was the happiest to be the father to his three children. He wanted nothing more than to spend his life watching them grow older, to facilitate their well-being and to love them every day.

The funeral service will begin at 10:00 AM on Thursday, July 9th, at Highlands Funeral Home, followed by a procession to Cave Hill Cemetery, located at 701 Baxter Ave, Louisville 40204.

On behalf of the Bland Family, we would like to wish a special thanks to the Louisville Police Pipes and Drums and the local VFW for their contribution to the service.

Expressions of sympathy may be made to the Kentucky Humane Society.
Read Less

To send flowers to the family or plant a tree in memory of James Garland Bland Jr., please visit our Heartfelt Sympathies Store.

Receive notifications about information and event scheduling for James

We encourage you to share your most beloved memories of James here, so that the family and other loved ones can always see it. You can upload cherished photographs, or share your favorite stories, and can even comment on those shared by others.

Brittney Griffith, The Yorkey, Trudeau, and Haviland families, and other have sent flowers to the family of James Garland Bland Jr.
Show you care by sending flowers

Posted Jul 09, 2020 at 11:24am
Thinking of you & your family today. Praying for their strength & comfort. I’m honored to have met & worked with you at DHS. You always had a joke or a story to tell, to uplift everyone’s spirits & make us laugh. Your bright smile & positive personality will definitely be missed. Rest peacefully💞
Comment Share
Share via:
BG

The Yorkey, Trudeau, and Haviland families

The Yorkey, Trudeau, and Haviland families purchased flowers for the family of James Bland. Send Flowers

Posted Jul 07, 2020 at 06:55am
My deepest sympathy to your entire family. I met Jim his first day as a recruit with the Jefferson County Police Department. Throughout his entire career, he exemplified the honor of the Department. He was an individual who could think outside the box to solve a problem. You will be in my prayers.
Comment Share
Share via: 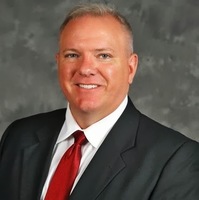 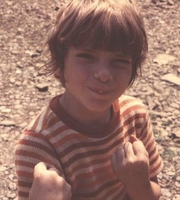