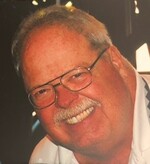 James Francis Braun
LOUISVILLE - James F. "Jim" Braun died January 15, 2021 at Norton Audubon Hospital. He was born on February 4, 1949 to Elizabeth "Betty" (Mudd) Braun and Otho "Bud" Braun. Jim's family was his greatest and proudest joy in life. His other loves included hunting, fishing, golf, single malt scotch, and travel.
He received his undergraduate degrees from Bellarmine College and a Master's Degree in Urban Planning and Public Affairs from St. Louis University.
He was affectionately known as "Coach Braun" by the many people he coached in soccer and football at St. Agnes Catholic School during the 1980s.
After working for Louisville Metro Government for 30 years, including as Director of Urban Renewal, Jim retired and indulged in his love of travel.
Jim was a past member of the Louisville Thoroughbred Chorus, a past president of Chapter 25 of the International Right of Way Association and a current member of the Bonnycastle Club.
Jim is survived by his wife of 49 years, Mary Logan (Bates) Braun; his daughters: Marie Mingus (Jay) and Melissa Johnson (Matt); his grandchildren: Logan Mingus, Cooper Wilmes, and Cecilia Johnson; his twin brother John (Sherry) and younger brother Mark (Kathy); and a host of loving family and friends.
"He lived his life on his own terms, yet still earned the respect of children and the friendship of honest people. His was a successful life."
Due to COVID-19, there will be no visitation or funeral mass. However, there will be a celebration of life at a future date.
Because Jim believed in higher education and helping those in need, in lieu of flowers please make donations in Jim's memory to:
St. Louis University
The Jim and Mary Braun Public Service Term Scholarship
1 N. Grand Blvd.
St. Louis, MO 63103