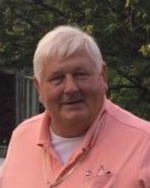 James “J.C.” Haenisch passed away Sunday, September 8, 2019. He was the proud owner of J.C. Motors on Preston Hwy for over 50 years. He loved joking with customers and helping people buy cars. He was raised in San Antonio, and became a Louisville resident after being stationed at Ft. Knox. He then worked at V.V. Cook before opening his own car dealership on Broadway in the 60’s.

He was preceded in death by his mother, Lydwynna Haenisch.

He is survived by his wife, Judy Haenisch; daughter, Sandy Haenisch; and his beloved German Shepherd, Wolf.