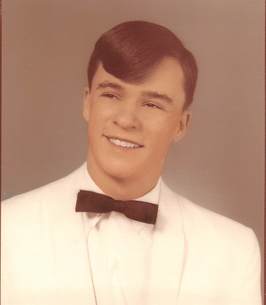 Share this tribute
Memorial Candles Lit for James | SEE ALL
Light a Candle
"We are honored to provide this Book of Memories to the family."
— Highlands Family Owned Funeral Home
"Julie, I am so very sorry for your loss. Please know that my thoughts and prayers are with you during this difficult time."
— Bob Linkous
Funeral Details Memory Wall Photos & Videos Send Flowers

Print
James Kevin Keane, 68, was born October 6, 1949 in Louisville, Kentucky and passed away on September 6, 2018. Kevin attended Christ the King grade school and Flaget High School before he served in the United States Army. He also attended the University of Louisville and was the former Treasurer at Henderson Electric Company. Kevin was a proud Vietnam Veteran and an avid sports fan who took great joy watching his children and grandchildren play sports, as well as cheering on the Kentucky Wildcats and New York Yankees.
He was preceded in death by his parents James Patrick and Mary Margaret (Trauth) Keane as well as his sons James, Robert, Matthew, and daughter Jean.
He is survived by his three daughters Julie Kolb(Ryan), Jennifer McKinney (Jacob), and Megan Keane and by his five grandchildren Thomas Kolb, Elizabeth Kolb, Dillon McKinney, Derek McKinney, and Levi Keane. Kevin is also survived and his brother Patrick Keane and three sisters Mary Agnes Seelbach, Kathleen Keane, and Margaret Keane.
A visitation will be held at Highlands Funeral Home, 3331 Taylorsville Road, Louisville, Kentucky 40205, on September 10, 2018 from 3 to 8 p.m. A funeral service will be held on September 11, 2018 at 10:00 a.m. at Saint Boniface Catholic Church, 531 E. Liberty Street, Louisville, Kentucky 40202, with a burial immediately following the service at Saint Louis Catholic Cemetery.
Expressions of sympathy may be made to V.F.W Post #8639

We encourage you to share any memorable photos or stories about James. All tributes placed on and purchased through this memorial website will remain on in perpetuity for future generations.

MB
Please accept my deepest sympathy for your loss, may these words of encouragement from Isaiah 25 : 8 bring comfort and a healing to all the family at this time of sorrow, it says : " He will swallow up death forever, and the Sovereign Lord Jehovah will wipe away the tears from all faces. "
Mary Brown - Wednesday September 12, 2018 via Condolence Message
Share This:

Julie, I am so very sorry for your loss. Please know that my thoughts and prayers are with you during this difficult time.
Bob Linkous - Tuesday September 11, 2018 via Memorial Candle
Share This:

Our thoughts & prayers are with Kevin's family. We loved having him as a part of our community.
Village Manor Apartments - Monday September 10, 2018 via Heartfelt Sympathies
Share This:

TC
Thinking of the MC kinney family in their time of loss! Myriads of healing love surround you! May Your fathers memory be eternal! Hugs TNC
Tom Chapman - Sunday September 09, 2018 via Condolence Message
Share This:
1
Page 1 of 1
Share
×