To share your memory on the wall of James Mason, sign in using one of the following options:

After his time in the Navy, he was employed by International Harvester until it ceased operations in Louisville in 1985. He then went to work for Essroc Materials in Speed, IN as a Production Manger until his retirement in 2009.

In life, he enjoyed spending time with family and playing golf or watching UK games with his friends at Woodhaven Country Club.

His funeral service will be held at 11:00 AM Monday October 19th at Highlands Family-Owned Funeral Home, 3331 Taylorsville Rd., with burial in Cave Hill Cemetery. Visitation will be from 5:00 – 8:00pm, Sunday at Highlands.

Expressions of sympathy may be made to the American Cancer Society.
Read Less

To send flowers to the family or plant a tree in memory of James Russell "Jim" Mason, please visit our Heartfelt Sympathies Store.

Receive notifications about information and event scheduling for James

We encourage you to share your most beloved memories of James here, so that the family and other loved ones can always see it. You can upload cherished photographs, or share your favorite stories, and can even comment on those shared by others. 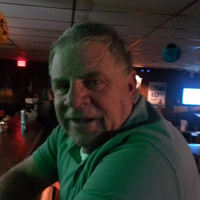