To share your memory on the wall of Jesse W. Miller, sign in using one of the following options:

Provide comfort for the family by sending flowers or planting a tree in memory of Jesse W. Miller

Provide comfort for the family by sending flowers or planting a tree in memory of Jesse W. Miller

He was born on September 24, 1946 in Mauckport, IN to Woodrow and Nina (Trobaugh) Miller. He graduated from Indiana University after serving his country during the Vietnam War. He worked a... Read More
Jesse W Miller, 72, died on August 17, 2019.

He was born on September 24, 1946 in Mauckport, IN to Woodrow and Nina (Trobaugh) Miller. He graduated from Indiana University after serving his country during the Vietnam War. He worked at St. Joseph’s Infirmary and Suburban Hospital, and was an employee at Baptist Hospital East for over 30 years. He was a college basketball fan, a lover of the outdoors, a collector, a Civil War buff, and a devoted dog owner.

He was preceded in death by his parents, his beloved uncle and aunt, Bob and Norma Pindell, and multiple furbabies.

He is survived by his wife, Billie (Fields); their daughter Whitney Steele Walsh and her husband, Bryan, of Chatham, IL; one grandson, Alex; sisters Sharon (Jim) Hodges, of Louisville, KY and Deanna NeSmith of Mauckport, IN; furbabies Emmie and Ellie; and numerous, deeply loved sisters and brothers-in-law, nieces and nephews, cousins, and dear friends.

Jesse’s family would like to extend their sincerest gratitude and appreciation to his oncology team at Brown Cancer Center: Dr. Rebecca Redman, Dr. Neal Dunlap, Adrienne McAlister, and Kelsey Thompson.

A Memorial Service will be held on Saturday, August 31, 2019 at 2:00pm at Highlands Funeral Home, 3331 Taylorsville Road, Louisville, KY. A celebration of Jesse’s life will be held immediately following at the Bowman Field Aero Club.

In lieu of flowers, the family is asking for donations to be made in Jesse’s memory to Brown Cancer Center or Hosparus of Louisville.
Read Less

To send flowers to the family or plant a tree in memory of Jesse W. Miller, please visit our Heartfelt Sympathies Store.

We encourage you to share your most beloved memories of Jesse W. Miller here, so that the family and other loved ones can always see it. You can upload cherished photographs, or share your favorite stories, and can even comment on those shared by others.

Mark and Janese Henson and family and Howard and Betty Dismang sent flowers to the family of Jesse W. Miller.
Show you care by sending flowers

Posted Aug 28, 2019 at 10:53am
Our deepest sympathy to you and your family. Our thoughts and prayers are with you.

Flowers were purchased for the family of Jesse W. Miller. Send Flowers

Mark and Janese Henson and family

Posted Aug 19, 2019 at 02:45pm
I am deeply and sincerely sorry for the loss of your step-father.
You are in my thought and prayers.
Comment Share
Share via:
WW 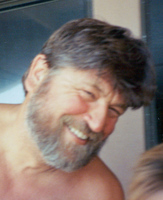