To share your memory on the wall of John Brenner, sign in using one of the following options:

Provide comfort for the family of John Brenner with a meaningful gesture of sympathy.

To send flowers to the family or plant a tree in memory of John W. Brenner, please visit our Heartfelt Sympathies Store.

Sheri Meldrum, Mike & Fredi Angel, and others have sent flowers to the family of John W. Brenner.
Show you care by sending flowers

Guaranteed hand delivery by a local florist
Posted Jan 23, 2019 at 07:45pm
John was a great story teller and good friend! We always enjoyed visiting with both of you in Louisville - he will truly be missed! Keeping you in our thoughts and prayers!
Love, The Jacobs
Comment Share
Share via:
SM

Posted Jan 23, 2019 at 08:32am
Sending love with wings, from your sister. Our deepest sympathy Sheri & Ralph Meldrum

Posted Jan 22, 2019 at 01:01pm
Cookie you and John were wonderful together, all your Pendleton "Brothers" cherished the two of you. John waits for you on the other side now. 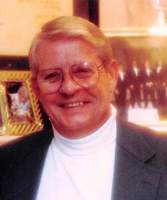