In Memory of
John L.
Creech Jr.
1922 - 2018
Click above to light a memorial candle.
Memorial Candle Tribute From
Highlands Family Owned Funeral Home
"We are honored to provide this Book of Memories to the family."
View full message >>>
Send Flowers
Menu 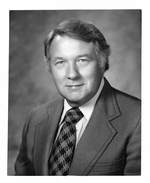 Dr. John L. Creech,Jr. 95, of Louisville, entered his Heavenly rest on Monday, August 27, 2018.
Born in Loyal, KY, John served in the US Navy during WW II. He was a graduate of Georgetown College and the University of Louisville School of Medicine. John completed his surgery residency at U of L and his oncology fellowship at MD Anderson in Houston. He practiced general surgery at St. Anthony’s Hospital for 39 years. John enjoyed hunting, fishing, cooking, caring for wildlife, and most of all, taking care of his family, friends, and patients.
He was preceded in death by his loving wife of 62+ years, Hedwig “Hedy” Creech; his sister, Jean Swindler; and a brother, Jules Wilder.
John is survived by his children, Dr. John L. Creech, III (Jeanne), Margaret Brown (Bill), Ruth Creech, Dr. Peter Creech, and Lara Custer (Stephen); his brother, Dr. Billy J. Creech; his grandchildren, Michelle Creech, Jeff Creech, Elizabeth Smith (Matt), Dr. Emily Brown, and Katie, William, and Lucy Custer; and his great-grandchildren, Tillie and Jethro Smith.
His funeral service will be at 12 noon on Saturday, September 8, 2018 at Highlands Funeral Home, 3331 Taylorsville Rd., with burial to follow in Cave Hill Cemetery. Visitation will be from 10 a.m. to 12 noon Saturday before the service at Highlands.
Expressions of sympathy may be made to The American Chestnut Foundation or Wounded Warrior Project.

To send flowers to the family or plant a tree in memory of John L. Creech Jr., please visit our Heartfelt Sympathies Store.