To share your memory on the wall of John Kelly, sign in using one of the following options:

John was born in 1928 in Brooklyn, New York, to Patrick and Mary Brennock Kelly. The family moved to Baltimore and then settled in Philadelphia, which was his home for many decades. His mother died in 1940, leaving behind six children. After graduating from West Catholic High School in 1946, he went to sea as a merchant marine, which took him on many adventures around the world. He served in the US Army and graduated from Drexel University with a degree in Electrical Engineering. In 1962, he married Helen Yurick.

A great bicycling enthusiast, John was a longtime member of the Louisville Bicycle Club and the Southern Indiana Wheelman Association. A pioneer in bicycle commuting, he rode over 20 miles daily to and from work for nearly 25 years. He took on many challenging rides throughout the region, and notably rode across the state of Iowa (with the RAGBRAI ride) 25 times.

He was also a lifelong lover of trains and active in the local model railroad club. In his later years, he joined the local "Esselstyn Support Group," a group that gathered regularly to support members who followed a strict vegan diet.

He was preceded in death by his beloved wife, Helen, brother Vincent, sisters Marie Donlan and Margaret Roehre and is survived by siblings Patricia O’Neill and Paul. He is also survived by his son James Kelly (Elizabeth Kramer) of Louisville; daughters Maura Bosbyshell (Wil) of Charlotte, North Carolina, and Julie White (Randy) of Mason, Ohio; and three grandchildren, Clara and Rawley White of Mason, Ohio, and, Allen Bosbyshell of Chicago, Illinois. He also leaves many nieces and nephews.

Visitation is Sat., Oct 10th, at 10:00 a.m., followed by a funeral service at 11:00 a.m. Both are to be held at the Church of the Ascension, 4600 Lynbrook Drive. The visitation is a drop-in event, and to promote COVID safety, you are welcome to attend either or both. Masks and social distancing will be observed.

To send flowers to the family or plant a tree in memory of John A Kelly, please visit our Heartfelt Sympathies Store.

Posted Oct 09, 2020 at 06:41pm
Uncle John came out to visit us in California on more than one occasion. I believe that he was doing some work at the Shipyard in Long Beach and he would always stop by for a visit. What I remember most about him was his laugh and his love for veggies. At my dad's reception after his funeral, he said to me, Nancy, I figured I would find you by the veggies. So when he would visit us in Long Beach, we always took him to a restaurant that had a very long salad bar. It was before Soup Plantation but I don't think it was a Sizzlers. At any rate, I had young children who would get so restless and Uncle John could graze for hours!!!!! Our favorite story still among my own children is "Jicama, Uncle John!" It was the first time that he had seen jicama, which makes sense in that it is not common back East or in the Midwest (maybe now it is, but this would have been the late 80's). Another time, I came home from school and got a message on my answering machine from the mom of a student I had taught many years earlier. She said, please call me regarding your Uncle John. Well, she was having lunch in a restaurant in Fallbrook CA and she had said to the person she was with, "the last time I was at this restaurant, I had dinner with Nancy Martinelli. " And Uncle John and Aunt Helen were having lunch, and he walked over and said Nancy is my niece . Please have her call me. So of course, I did and my children and I ditched school the next day and had lunch with my aunt and uncle. He was such a funny man. And I have to say that the bike rides that he took across one on the I states were legendary, and got even more legendary with a few beers. And my final story about my uncle is that due to the bike riding, he had a very muscular physique and I felt like he was a role model. He lived a good, long and healthy life and all of us Kelly's should be inspired by him. He enjoyed the heck out of life and was always smiling!! Rest in peace Uncle John. We will meet again!
Comment Share
Share via:
VK

Posted Oct 09, 2020 at 02:35pm
Uncle John experienced difficult times in his youth, but it never held him back. Unafraid of adversity and challenges, he "peddled" his way to an impactful and happy life. He was always excited to see he his brother's and sister's children and wanted to know about our lives. I know I certainly didn't have a proper understanding of Uncle John when I was a teenager, wondering why someone with a car would ride his bike to work everyday or why he always seemed so happy. I do drive my car to the office everyday now, but riding a bike to work these days is definitely cool. We should all try to follow Uncle John's lessons of living a productive life, dedication to family and smiling through the day's uncertainties.

Uncle John, thank you for all of the happy visits to Philly.

Posted Oct 08, 2020 at 06:55pm
Maura, your dad sounds like he was a joy to be with, who loved life to the fullest. May you be inspired by his memory and discover more and more of him in yourself as you go along!
Comment Share
Share via:
LZ

Posted Oct 08, 2020 at 09:20am
We always enjoyed the visits from Uncle John, Aunt Helen, and our Kentucky cousins. Uncle John was a true character, with great stories to tell about his bike riding adventures. Deepest sympathies to Jim, Maura, and Julie from Mark and Linda.
Comment Share
Share via:
HS

Flowers were purchased for the family of John Kelly. Send Flowers 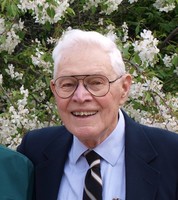