To share your memory on the wall of Kenneth William Forsthoefel, sign in using one of the following options:

Provide comfort for the family of Kenneth William Forsthoefel with a meaningful gesture of sympathy.

Kenneth was raised on a dairy farm in Coldwater, Ohio. At an early age he left and entered St Joseph’s College in Rensselaer IN, and then St Charles’ seminary. He left prior to taking his vows to enter the service during the Korean War. It is during his time in the Air Force that he met the love of his life and our mother, Rosa Hilda Gonzalez, of Laredo, TX. They married in 1954 and after a short stay in Ohio, settled in 1958 in Louisville, KY to raise their six children.

Ken worked in finance at Dial Finance Company and then moved to PNC Bank, from which he retired at the age of 65.

Kenneth was born in Ohio but raised his family in Kentucky. He loved all his family and friends, always joking and smiling with all. He was a big talker and never met a stranger. He was devoted to his Catholic faith and a member of St. Raphael the Archangel Catholic Church in Louisville for over 45 years. He will be missed for his exuberant personality, always helping others and fixing anything that was broken, and his deep love for his wife, children, grandchildren, and friends.

We were all blessed by God to be loved and cared for by such a wonderful father and grandfather. May he Rest In Peace forever through the joy of the Resurrection.

Memorial donations may be made to Transverse Myelitis Association, @myelitis.org.
Read Less

To send flowers to the family or plant a tree in memory of Kenneth William Forsthoefel, please visit our Heartfelt Sympathies Store.

We encourage you to share your most beloved memories of Kenneth William Forsthoefel here, so that the family and other loved ones can always see it. You can upload cherished photographs, or share your favorite stories, and can even comment on those shared by others.

Posted Oct 06, 2019 at 02:09pm
Nathan and Family, May God bless you all and give you peace and comfort during this difficult time. Our love and prayers. Incarnation Church Choir

Posted Oct 04, 2019 at 06:32pm
Glen & Fam Our thoughts and prayers are with you. We are so sorry for you loss and hope you may cherish all your good memories you carry with you.

Flowers were purchased for the family of Kenneth William Forsthoefel. Send Flowers

Flowers were purchased for the family of Kenneth William Forsthoefel. Send Flowers

Posted Oct 01, 2019 at 10:51pm
Wishing you peace to bring comfort, courage to face the days ahead and loving memories to forever hold in your hearts. 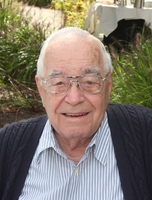 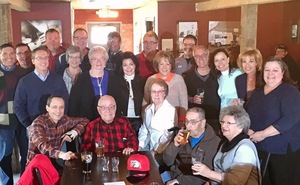