To share your memory on the wall of Lloyd C. Heller, sign in using one of the following options:

Provide comfort for the family by sending flowers or planting a tree in memory of Lloyd C. Heller

Provide comfort for the family of Lloyd C. Heller with a meaningful gesture of sympathy.

Lloyd was a veteran of World War II where he served as a gunner with the 68th Tank Battalion / 6th Armored Division, earning three Battle Stars for his service in Normandy, Northern France, and the Battle of the Bulge. He was also awarded the Purple Heart.

He graduated in 1934 from DuPont Manual High School and was a proud lifetime member of its Alumni Association. He was also a member of the American Legion Dixie Post 220 and the 6th Armored Division Association.

Lloyd was a Lifetime Honorary Member of the U.S. Army Brotherhood of Tankers, the U.S. Cavalry & Armor Association, and in 2017 he was Knighted with the Order of St. George Bronze Medallion.

A lifelong resident of Louisville, he retired from the Fawcett-Dearing Printing Company where he worked for a total of 42 years, interrupted only by his service in WWII. Lloyd was an accomplished bowler in his younger years, loved music, dances, and was an avid baseball fan. He celebrated his 101st birthday attending a Cincinnati Reds game in 2017.

He was preceded in death by his beloved wife of 57 years, Mary Lee “Tootie” (Holtman) Heller; brothers Maurice and Stanley Heller; and a sister Norma Tracy.

His funeral mass will be celebrated at 10:00 A.M. Saturday, December 15, 2018 at Ascension Catholic Church, 4600 Lynnbrook Dr, with burial to follow in Resthaven Memorial Park.

Visitation hours are Friday, December 14, from 4pm to 8pm and after 8:30 am Saturday at Highlands Funeral Home, 3331 Taylorsville Road.

In lieu of flowers, the family asks that donations be made to Hosparus Health of Louisville, or to Honor Flight Bluegrass.
Read Less

To send flowers to the family or plant a tree in memory of Lloyd C. Heller, please visit our Heartfelt Sympathies Store.

We encourage you to share your most beloved memories of Lloyd C. Heller here, so that the family and other loved ones can always see it. You can upload cherished photographs, or share your favorite stories, and can even comment on those shared by others.

none sent flowers to the family of Lloyd C. Heller.
Show you care by sending flowers

none purchased the Tender Tribute for the family of Lloyd C. Heller. Send Flowers 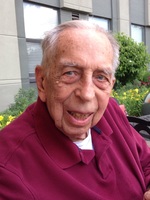 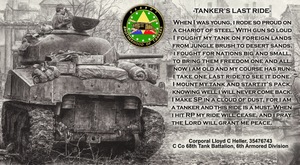 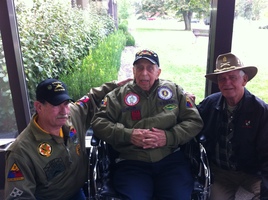 Taken at the Patton Museum Ft Knox with CSM(R) Jerry Utterback and CSM(R) Jim Benham
3
4
Add Photos
Upload up to 10 images at a time, max 8MB each