To share your memory on the wall of Louise Sweeney, sign in using one of the following options:

Provide comfort for the family of Louise Sweeney with a meaningful gesture of sympathy.

Print
After 99 years as a proud native of Kentucky, Louise Sweeney passed away on October 27, 2019.

Mildred Louise Collins was born on July 27, 1920 in Owensboro Kentucky, graduating from Davis County high school in 1939 and later marrying he... Read More
After 99 years as a proud native of Kentucky, Louise Sweeney passed away on October 27, 2019.

Mildred Louise Collins was born on July 27, 1920 in Owensboro Kentucky, graduating from Davis County high school in 1939 and later marrying her high school sweetheart, Herman Sweeney, on November 30, 1939. During her professional career Louise worked as a secretary at a brokerage firm in Louisville. Louise and Herman were longtime members of Highland Baptist Church, and later members of Broadway Baptist Church to be closer to the services.

Louise was preceded in death by her six siblings and her husband of 66 years. Louise and Herman were surrounded by her numerous nieces and nephews, many of whom considered her their “second mom.” For all who knew her as family, we will fondly cherish her sense of humor, her embracing southern hospitality, her love of Coke-A-Cola and her love for all of us.

On November 6th, at Highlands Funeral Home, viewing will be held at 11am, followed by the service at noon and interment at Cave Hill Cemetery.

Special and loving thank you to her caregivers at South OgdenPost Acute, Legacy House and Summit Hospice.

Please do not send flowers, choose your favorite charity instead.
Read Less

To send flowers to the family or plant a tree in memory of Louise Sweeney (Collins), please visit our Heartfelt Sympathies Store.

Receive notifications about information and event scheduling for Louise

We encourage you to share your most beloved memories of Louise here, so that the family and other loved ones can always see it. You can upload cherished photographs, or share your favorite stories, and can even comment on those shared by others. 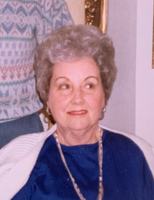