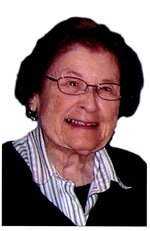 “Mary C.” was originally from New Albany, IN and had family throughout the area. She was a long time faithful member of Saint Agnes Parish in Louisville. She was a graduate of New Albany High School and The University of Louisville School of Music (‘47) where she also played in the marching band.

She was awarded The University of Louisville School of Music Alumnae Service Award in 2001. She taught in the Louisville Public Schools from 1950-1959. Mary C. was a Violinist with the Louisville Orchestra from 1943-2004 (61 years). She served many years as the Principal of the 2nd Violin section, Orchestra Librarian, and Chair Person of the Orchestra Players Committee.

While still an active member, she was bestowed the honor of having a Chair in the LO endowed in her name by Chase Bank. Mary C. was a lifetime member of the American Federation of Musicians and received the award of Musician of the Year for 2021.

“Mary Catherine has worked with every musical director, every concertmaster and most of the guest artists who have been part of the Louisville Orchestra’s history since 1943.” Some additional musical accomplishments include: The Louisville Bach Society, Kentucky Opera Association, touring musicals, Tanglewood, Interlochen, and she played numerous years for The Louisville Ballet.

Her funeral service will be 10am Monday, March 7th at Saint Agnes Catholic Church,1920 Newburg Road, Louisville, KY 40205, with burial to follow at Calvary Cemetery.