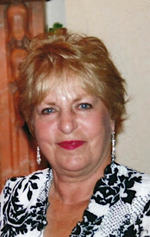 PATRICIA MARIE (MAUER) Gary, 74, our beloved mother, grandmother, sister, aunt, and friend, passed away peacefully on October 3, 2019.
Patricia was born in Callicoon, New York, on November 17, 1944 to Lawrence and Frances Mauer.
An excellent student, Pat attended Delaware Valley Central School and then eagerly headed south to Ursuline/Bellarmine College, where she graduated in 1966. Her children know little about these years; their inquiries about them yielded nothing but an impish smile.
Despite living in Kentucky for 50+ years, Pat never lost her love for the New York Catskills, a love which led to many wonderful family trips to the Mauer home. Knowing her grandkids shared her affection for cool mornings on the back stoop and rock hopping in the clear creeks filled Mawmaw with joy.
Patricia worked as a social worker, homemaker, small business owner, and office clerk. Her vocation, though, was that of listener. No matter who you were—family member, friend, forgotten person at the bus stop—Pat gave you a safe space to talk and figure things out on your own.
Her favorite roles were of mother and grandmother. She loved in simple ways—an affirming word, a quick phone call, an impromptu visit. Fiercely supportive, Mawmaw showed up to games and recitals and plays, helped with homework, and always had a hot meal ready for you.
Patricia is predeceased by her parents, Lawrence and Frances Mauer, her brother David Mauer, and her former spouse, E.J. Gary. Survivors include her brothers Dennis Mauer (Lyn), Richard Mauer, and Doug Mauer (Maureen); her daughters Erin Gary (Chris McClellan), Bridget Hart (Ray), and Ann Marie Gary; her seven grandchildren, Autumn, Paige, Brian, Evie, Elise, Mary Inez, and John; plus a host of extended family members and friends.
Visitation will be held on Sunday, October 6, from 2-7 p.m. at Highlands Funeral Home, 3331 Taylorsville Rd. Funeral services will be held at St. James Catholic Church, 1826 Edenside Ave., on Monday, October 7, at 11 a.m.