To share your memory on the wall of Patrick Sandifer, sign in using one of the following options:

To send flowers to the family or plant a tree in memory of Patrick A. Sandifer, please visit our Heartfelt Sympathies Store.

We encourage you to share your most beloved memories of Patrick here, so that the family and other loved ones can always see it. You can upload cherished photographs, or share your favorite stories, and can even comment on those shared by others.

Marcy and Tom, Larry and Kathy, Janie and Bob, Rick and Sally Johnson, and others have sent flowers to the family of Patrick A. Sandifer.
Show you care by sending flowers

Marcy and Tom, Larry and Kathy, Janie and Bob

Marcy and Tom, Larry and Kathy, Janie and Bob purchased flowers for the family of Patrick Sandifer. Send Flowers

Posted Feb 25, 2020 at 05:30pm
Brother Pat - Ken always called him!! Such a wonderful big brother to his youngest sibling and Patriarch of the family!! I have no words to express what he meant to us. Soar with the angels Pat, we love you and will miss you!!
Comment Share
Share via:
J

Posted Feb 25, 2020 at 04:46pm
More like my grandpa than my uncle, Pat was one of a kind. Always wore a smile and had a kind word to share. Ever the salesman, he seemed to know everyone and everyone liked him. Most importantly, he was a family man who my father looked up to more than anyone. That's enough for me to know that I will miss my uncle Pat.
Comment Share
Share via:
AM 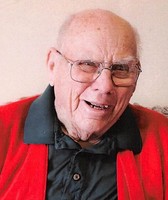