To share your memory on the wall of Ron Britain, sign in using one of the following options:

In 1964, Ron moved on to WHK in Cleveland and then in 1965 to WCFL in Chicago where his evening raucous "theatre of the mind" radio program and his Sunday "Subterranean Circus" introduced listeners to new music on a 50-watt station which could widely reach an audience throughout the midwest from Canada down to Tennessee where listeners drove to mountain-tops to tune in. Ron worked with musical groups of the time including The Beatles, The Rolling Stones, Janis Joplin, Jimi Hendrix, the band Chicago and countless others. He went on to be the first "top jock" to make the move to FM and later to syndicated and satellite radio in the 1970s and 1980s.

Off the air, Ron was a painter, an inveterate Anglophile, and clothes hound and designed many of his own bespoke suits among the hundreds in his collection. He shared an adventurous life travelling the world and collecting with his wife of 61 years, Peach Britain. Despondent from the unexpected death of Peach on October 19, Ron expressed a desire to be with Peach as soon as possible and tragically took his own life six days later, the night before her funeral. He is survived by his son, Mark Magel (wife Nina Romanoff) of Croton-on-Hudson, NY. Ron was laid to rest in a private ceremony next to his wife Peach two days after her burial. His career is best appreciated by the many articles, recordings and videos which can be found online.

In lieu of flowers, expressions of sympathy may be made to the Susan G. Komen Breast Cancer Foundation or to Feeding America.

To send flowers to the family or plant a tree in memory of Ron Britain, please visit our Heartfelt Sympathies Store.

Receive notifications about information and event scheduling for Ron

We encourage you to share your most beloved memories of Ron here, so that the family and other loved ones can always see it. You can upload cherished photographs, or share your favorite stories, and can even comment on those shared by others. 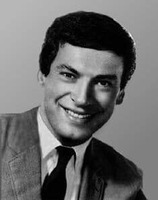 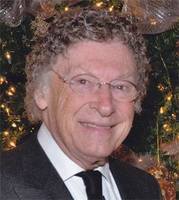 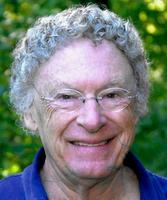