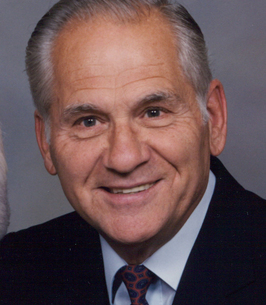 Obituary for Ruebush B. “Jack” McCoy

Ruebush was born on November 24, 1921 in Allen, Kentucky, but spent most of his youth in Hi Hat, Kentucky (both in Floyd County). He graduated from McDowell High School and attended classes at the University of Louisville for two years. He is the former Executive Secretary of the Civil Service Board of Examiners and served briefly as the Postmaster of Bloomington, Indiana. He is retired from the U.S. Postal Service and also worked for over 40 years at Churchill Downs.

Ruebush is a veteran of World War II, having served in the U.S. Army Air Force from July, 1942 through August, 1945, during which time he saw duty in North Africa and Western Europe.

To send flowers to the family of Ruebush B. “Jack” McCoy, please visit our Heartfelt Sympathies Store.

We encourage you to share any memorable photos or stories about Ruebush. All tributes placed on and purchased through this memorial website will remain on in perpetuity for future generations.