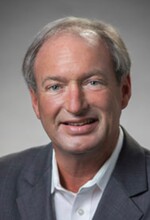 San Diego - Wagner, Dr. Steven Lee, 64, passed away on March 12, 2022 from heart disease after battling the condition for four months.

Steve was born in Louisville Kentucky to Patricia and Lee Wagner. He graduated from St. Xavier High School in Louisville, Kentucky and continued his education at Bellarmine University and the University of Louisville. Steve knew early in life that he wanted to pursue his love of science and medicine. His desire for deeper knowledge took him to California where he attended the University of California, Irvine (Post graduate degrees in Microbiology and Molecular Genetics) and began his career in the study of Alzheimer’s disease at the Salk Institute for Biological Studies. In 2001 he served as co-founder and Chief Scientific Officer at Neurogenetics, Inc./Torrey Pines and in 2009, Steve joined the faculty of the University of California, San Diego Department of Neurosciences focusing on his study of Alzheimer’s with his ultimate goal of a cure. Steve is the holder of numerous patents and the writer of numerous published articles. His work will serve as the building block for discovering a cure for this horrible disease. Steve will be missed by his friends and colleagues at UC San Diego for not only his dedication to his cause, but for the caring person he was.

Steve was a loving son, brother, uncle and friend. He was passionate about all sports and anything science related. He enjoyed all the holidays with his family and was the most caring and giving person you could ever meet. There was never anyone Steve would not try to help with all his heart.

Steve was predeceased by his wife Bonnie, his father, Leo J. Wagner, Jr. and his nephew Matthew J. Zega. He leaves behind to cherish his memory, his mother, Patricia Wagner, sisters, Karen Zega (Jeff), Brenda Smyth (Mike), and brother, Lee J. Wagner (Alexis). He is also survived by many nieces, nephews, cousins and friends.

In lieu of sending flowers the family requests that donations be made in memory of Steve to ‘The Steven L. Wagner, PhD. Memorial Fund for Alzheimer’s Research and Therapeutic Advances’. Please mail checks to UC San Diego Gift Processing, 9500 Gilman Drive #0940, LaJolla, CA 92093-0940 Donations can also be made online at giveto.ucsd.edu. The fund number is E7300.