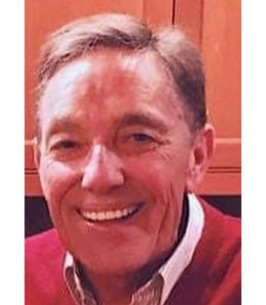 Terry Lee Nall, 72, of Louisville, Kentucky, passed away on November 11th, 2022. He was a devoted Father, Grandpa, Brother, and Uncle.

Terry was born to Harold R. Nall and Rose A. Schlensker-Nall on July 3rd, 1950. Terry never met a stranger; his personality was charming, his smile contagious, and his sense of humor witty. While his passing was sudden, his love for hunting, fishing, bingo, horse racing, and most importantly family, was eternal.

Terry served his city for 32 years working for the Louisville Water Company until he retired in 2006; he was also a United States Army Veteran. He was a diehard Louisville Cardinals and Chicago Cubs fan. Like his favorite Louisville team, he was a fighter. He would often compare himself to the 2013 Louisville Basketball team while battling cancer. He would say, “He may have paid those ladies for top notch care, but he won fair and square”.

Terry’s beloved chocolate lab, Ellie, will be laid to rest with him.

He was preceded in death by his parents, Harold R. Nall and Rose A. Schlensker-Nall. Terry is survived by his daughter, Megan Nall (Nathan Nevitt); granddaughter, Kennedy Leigh Kwarciany; his sisters, Patricia Ackerman (John Ackerman), Barbara Rice (John Rice), and Deborah Wibbels (Ronald Wibbels); along with many nieces, nephews, cousins, and friends.

While Terry will be greatly missed by his family along with all who knew him, we find comfort in knowing that he no longer suffers, and the pain has subsided. He may be gone from this world, but he is forever in our hearts.