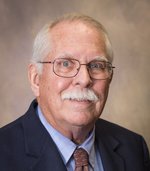 He is survived by his dearly loved children, sons-in-law and grandchildren: Elizabeth Roberts and John Michael Wurth and their children, Roxanne Elise, Harper Sue, and Judah Oliver; Charles Arch Porter; and Margaret Bee and Joshua Poe, with child Katherine Sofia Poe, and Margaret’s children, Henry Isaac Miller, and Charli Bee Miller. He is also survived by his sister and brother-in-law, Coralee Deanna and Jerry Koerner.

Walter graduated from North Side High School, Fort Wayne, Indiana in 1960. He received a BA from University of Louisville in 1964. He was a member of Phi Kappa Tau fraternity. After a brief time in the Marine Corps, he returned to Louisville where he attended the Brandeis School of Law and graduated in 1969 with a J.D.
For 47 years he practiced law in Louisville, primarily as a defense attorney for insurance companies, defending insureds who were sued for personal injury claims. He was a proud member of the law firm of Barnett, Porter, and Dunn.

He served as a volunteer one evening a week for 30 years at Kentucky School for the Blind, recording legal texts (from 1969-1999).

In the last 12 years of his life he had a loving relationship with Margaret Sue Stacy, who is a very patient, sweet woman.

He said, “My children, grandchildren, and Sue were, are, and always will be my sunshine, joy, my strength and inspiration.

A funeral service will be held at 1pm on Saturday, June 1, at Highlands Funeral Home, 3331 Taylorsville Rd. Visitation will be on Friday, May 31, from 2-8p at the funeral home.

In lieu of flowers, donations may be made to Kentucky School for the Blind in Louisville, KY.