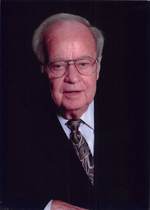 William Alonzo McAfee, 85, passed away on Tuesday, September 17, 2019.
He was preceded in death by his daughter, Debbie McAfee.
William proudly served his country for 25 years as a Chief Petty Officer in the US Navy, and was a devoted and loving family man.
He is survived by his best friend and companion of 13 years, Janet Crawford; his previous wife, Diane Stuart; daughter, Susie Chesher (Jeff); son, Bob McAfee (Carolyn); sister, Sue Henson; 4 grandchildren, and 5 great-grandchildren.
A funeral mass will be celebrated at 10:00am on Monday, September 23, 2019, at St. Martha Catholic Church, 2825 Klondike Ln, followed by interment at Resthaven Memorial Park. Visitation will be 2-8pm on Sunday, September 22, 2019, at Highlands Funeral Home, 3331 Taylorsville Rd.