To share your memory on the wall of William Priddy, sign in using one of the following options:

Print
William Gordon Priddy, 70, of Bardstown Kentucky, went to be with the Lord on the morning of Thursday, November 12, 2020.

A native of Kentucky, Gordon was the eldest of two children born to George Priddy and Sarah Escue Priddy. Gordon... Read More
William Gordon Priddy, 70, of Bardstown Kentucky, went to be with the Lord on the morning of Thursday, November 12, 2020.

A native of Kentucky, Gordon was the eldest of two children born to George Priddy and Sarah Escue Priddy. Gordon and his wife Nancy Arnold Priddy celebrated their 42nd wedding anniversary on the day before he passed away.

Gordon was articulate, knowledgeable, and well-read; expressing himself with a soft-spoken authority. He was not quick to offer his opinion, but those who knew him best would often solicit his thoughts and wisdom on important matters.
On those rare occasions Gordon did volunteer what was on his mind, people did well to listen carefully.
A graduate of Austin Peay State University with a degree in economics, Gordon preferred to build things, becoming a general contractor who came to be highly regarded in his field for ingenious and creative methods for solving problems. Gordon could fix or build anything, but what he took the greatest pleasure in was elegant work. Through artistic movements and thought processes, Gordon frequently demonstrated the difference between a carpenter and a craftsman.
He dearly loved his time with his daughter, son-in-law, and his three beautiful granddaughters.
And Gordon loved Jesus. He faithfully served others in keeping with his spiritual gifts. While his passing was sudden, it was not entirely unexpected, as all who knew Gordon well realized he lived among us "on borrowed time" for many years, with a weak heart but with a quiet, strong spirit. Now with the God he loved, the God who graciously shared him with us for a number of "bonus" years, today Gordon's passing is mourned and he is missed by all who knew him well.

To send flowers to the family or plant a tree in memory of William Gordon Priddy, please visit our Heartfelt Sympathies Store.

The Blands, Joe, Marty, Kenna and Justin Estes, and other have sent flowers to the family of William Gordon Priddy.
Show you care by sending flowers

Flowers were purchased for the family of William Priddy. Send Flowers

The Blands purchased flowers for the family of William Priddy. Send Flowers

Posted Nov 16, 2020 at 10:38am
Nancy and Family, You are in our heart and prayers during this difficult time! We loved our dear friend Gordon! God bless and comfort you all...

Posted Nov 15, 2020 at 06:18pm
Remember that we love and care about you. May peace bring comfort, courage to face the days ahead and loving memories to forever hold in your heart.

Posted Nov 15, 2020 at 10:06am
We will miss Gordon and are grieving with you. We pray you will be comforted during this time and cherish all the fond memories formed with him. 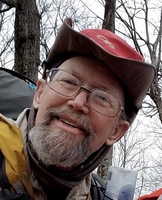