To share your memory on the wall of Ann Bradford Clayton, sign in using one of the following options:

Born in Louisville, KY, one year exactly before the 1937 flood, Ann attended Presentation Academy (class of 1954) and the St. Joseph Infirmary School of Nursing. She loved nursing and worked at Clark Memorial Hospital until 1959, when she left to start a family. Ann later returned to in-home health care. A talented writer possessing a keen sense of humor, she produced volumes of unpublished stories and letters. A devoted fan of Elvis Presley (they had the same birthday). Ann also enjoyed singing and playing the piano, often Chopin and her favorite, “Blue Moon.” Friends characterized her as “kind: and “sweet.” She loved her children, grandchildren, and great-granddaughter dearly. She was a Roman Catholic.

Expressions of sympathy to Beech Tree Manor, 240 Hospital Ln, Jellico, TN 37762 (423) 784-6626. Ann’s family would like to thank the nursing home’s staff and administration for such loving care of their mother.

To send flowers to the family or plant a tree in memory of Ann Bradford Clayton, please visit our Heartfelt Sympathies Store.

We encourage you to share your most beloved memories of Ann Bradford Clayton here, so that the family and other loved ones can always see it. You can upload cherished photographs, or share your favorite stories, and can even comment on those shared by others.

Flowers were purchased and a memorial tree planted for the family of Ann Bradford Clayton. Send Flowers

Posted Mar 23, 2020 at 05:24pm
Laura, Ron,Renee and Clayton I am so sorry to hear of your loss. Treasure the memories you have of her. I know she was a special lady just by knowing your family. I will keep all of ypu in my thoughts and prayers. Love Marilyn Rose
Comment Share
Share via: 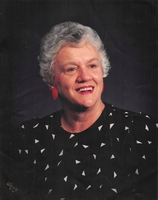