To share your memory on the wall of Charles Hazelton, sign in using one of the following options:

Charles was a proud yet humble man, devoted and doting husband, father, son, grandfather, and uncle. Charles was a self-made man, a successful small business owner for 30+ years, of Louisville Brakes and Muffler. He believed in the value of hard work, and raised his kids on that premise.

He was completely devoted to his wife from the beginning, even if it meant a drive-in movie with her four younger siblings while they were dating and she was babysitting. He would check in on her frequently throughout the work day just because he loved her so much. Charles would surprise her with a new car when he determined that her current one was no longer good enough; she’d get a random call from the dealership to come get her new car! He left post-it notes around the house telling his wife he loved her. His life revolved around Nancy.

Charles loved his classic rock. So much so that when his kids were in high school, he woke them up by blasting Allman Bros so loudly on Sunday mornings that their bedroom walls shook.
Charles knew cars, especially Corvettes. He taught his daughter how to drive on one. When she asked for the ‘vette as her car, he graciously had a Chevette towed to the house and had her help work on the engine to get it running. She still doesn’t have a Corvette today.

Charles doted on his grandbabies, and just loved spoiling them and spending time with them. He had pictures of them all on his office walls and talked to them weekly, and enjoyed visiting with them during the year. He had no hesitation in sitting on the floor, sneaking treats to them; treats not allowed by their parents. Anytime there was a car issue, Charles would send whatever was necessary to get the cars safe - nothing was too good for those grandbabies.

Charles had a team of guardian angels that got him through previous car accidents, cancer, heart problems, risky surgeries, and other health issues. They are welcoming him now with some good bourbon.

A Celebration of Life will take place on Sunday, Sept 1, 2019 from 3-7pm at the Highlands Funeral Home on 3331 Taylorsville Rd, Louisville, KY 40205. Charles asked for donations to be made to the American Cancer Society, St. Jude Children’s Research Hospital, and the United Service Organizations (USO).
Read Less

To send flowers to the family or plant a tree in memory of Charles Y Hazelton, please visit our Heartfelt Sympathies Store.

Receive notifications about information and event scheduling for Charles

We encourage you to share your most beloved memories of Charles here, so that the family and other loved ones can always see it. You can upload cherished photographs, or share your favorite stories, and can even comment on those shared by others.

Gay, and Mark, Karen and Al, Joe and Chris (Baxte, Rosalie, Gerry, and Pam, Kelly, Corey, Amanda, and other have sent flowers to the family of Charles Y Hazelton.
Show you care by sending flowers

Gay, and Mark, Karen and Al, Joe and Chris (Baxte

Gay, and Mark, Karen and Al, Joe and Chris (Baxte purchased flowers for the family of Charles Hazelton. Send Flowers

Flowers were purchased for the family of Charles Hazelton. Send Flowers

Billy and Steph purchased flowers for the family of Charles Hazelton. Send Flowers 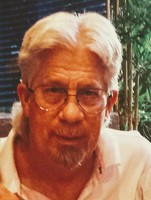