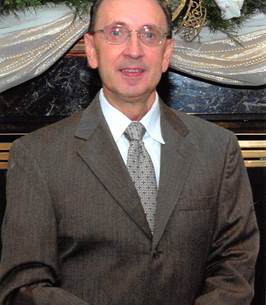 Print
Gary Henry Baker, 69, of Louisville, passed away on Monday, September 10, 2018. He was a Quality Control Manager for Kraft Nabisco, formerly of Bremner Biscuit Company. He was a member of Southeast Christian Church. He was a board member and photographer for the Central Cardinal Club as well as a volunteer for Actors Theatre of Louisville. He was a professional photographer for PPA. Gary also resided in Chattanooga, Tennessee for twelve years.
He was preceded in death by his wife Wanda Hensley Baker and his parents, Ben Baker and Geneva Johnson.
Gary is survived by his son, Richard Baker (Pam); his daughters, Donna Thompson (Tony) and Ronda Broyles (Darin); one half-sister, Vickie Larimore and his half-brothers Richard Baker of Frankfort, Kentucky, and Ricky Alsip; four grandchildren, Aaron Thompson (Danica), Amber Barajas (Mando), Hunter Broyles and Logan Broyles; and four great-grandchildren.
Visitation will be Thursday, September 13th from 2PM to 8PM and Friday from 12PM to 2PM at Highlands Funeral Home, 3331 Taylorsville Rd. Funeral service will be 2 PM Friday at the funeral home with burial to follow at Evergreen Cemetery.
Expressions of sympathy can be made to Actors Theatre of Louisville or Southeast Christian Church Pastoral Ministry.

To send flowers to the family of Gary Henry Baker, please visit our Heartfelt Sympathies Store.

We encourage you to share any memorable photos or stories about Gary. All tributes placed on and purchased through this memorial website will remain on in perpetuity for future generations.

S
John 6:40-"For this is the will of my Father, that everyone who recognizes the Son and exercises faith in him should have everlasting life, and I will resurrect him on the last day."
The bible promises that soon you will have the joy of seeing your loved one resurrected to live forever on a paradise earth where death will be no more, neither will pain and suffering.(Psalms 37:9-11,29; Revelation 21:3,4)
What a wonderful day that will be! May this beautiful promise and many more, found in your family bible, bring you comfort and give you the strength to endure until our heavenly Father fulfills his word.
Shay - Thursday September 13, 2018 via Condolence Message
Share This:

MB
Dear Baker family,
So very sorry for your loss, may these encouraging thoughts from Psalm 34 : 18 bring comfort to your family at this time, it says : " Jehovah is close to the brokenhearted; He saves those who are crushed in spirit. "
Sincerely,
Mary Brown
Owensboro, Kentucky
Mary Brown - Wednesday September 12, 2018 via Condolence Message
Share This:
1
Page 1 of 1
Share
×