To share your memory on the wall of Marilyn (O'Bryan) Preher, sign in using one of the following options:

Provide comfort for the family of Marilyn (O'Bryan) Preher with a meaningful gesture of sympathy.

Print
Marilyn (O’Bryan) Preher, 75, passed away Saturday, February 1, 2020. She was an amazing wife, mother, Mimi and friend. She will be remembered best for her warm heart, her willingness to give, and her inherent beliefs.

Marilyn was a... Read More
Marilyn (O’Bryan) Preher, 75, passed away Saturday, February 1, 2020. She was an amazing wife, mother, Mimi and friend. She will be remembered best for her warm heart, her willingness to give, and her inherent beliefs.

Marilyn was a native of Mooleyville, KY and a member of St. Louis Bertrand Catholic Church.

She was preceded in death by her parents, John A. and Anna Rita (Manning) O’Bryan; son, John B. Preher III; siblings, JoAnn Manning, Helen Greenwell, and Junius A. O’Bryan and brothers-in-law, Bobby Greenwell and Terry Highbaugh.

Expressions of sympathy may be made to the American Lung Association.
Read Less

We encourage you to share your most beloved memories of Marilyn (O'Bryan) Preher here, so that the family and other loved ones can always see it. You can upload cherished photographs, or share your favorite stories, and can even comment on those shared by others.

Diane Watchinski in Florida and Jack, Jenny & Peanut have sent flowers to the family of Marilyn (O'Bryan) Preher.
Show you care by sending flowers 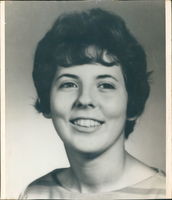