To share your memory on the wall of Paul Hagewood, sign in using one of the following options:

Print
On the evening of Monday, May 11th 2020, Paul Hunt Hagewood, passed away just three months short of his 100th birthday.

He was born in Nashville Tennessee on September 6th, 1920, to Arthur and India Pearl Hagewood. One of four siblings,... Read More
On the evening of Monday, May 11th 2020, Paul Hunt Hagewood, passed away just three months short of his 100th birthday.

He was born in Nashville Tennessee on September 6th, 1920, to Arthur and India Pearl Hagewood. One of four siblings, two brothers, Laurin the oldest and James the youngest, along with sister “Betty”, all of whom have preceded him in death.

He is survived by his only child Patti Hagewood (Anne Estes), and his nephew Jim Hagewood (Shirley), along with several cousins, great nieces and nephews.

He saw many things in his 99 plus years. He was a veteran of World War II in which he was awarded a Purple Heart.

He lived through the Great Depression, moving from place to place juggled about between relatives and separated from his siblings.

He worked for Eastern Airlines in the late 40’s, where he met Alice Jeanne Hicks from Alabama. They were married in 1948 and remained loving husband and wife for 66 years until her passing in 2014.
Paul worked for RCA in the early 50’s and we became the proud owners of one of the first color TVs to hit the local market.

Sometime in the late 60s he went to work for what was then known as Anaconda Aluminum, later to become ARCO Aluminum. He remained employed there until he suffered a massive heart attack in 1983, from which he recovered fully, but due to his heart issues, decided to take early retirement. This and a subsequent heart attack from which he also fully recovered were essentially the only health issues he ever suffered, and he remained strong and vibrant for practically the rest of his long life.

He loved to garden and had a very green thumb. Our yard was always full of beautiful roses and flowers, plus every vegetable known to man, his favorite being big fat home grown tomatoes. He adored cats and there was never a time in his adulthood when he did not have a feline fur baby in his life.

The Hagewoods all had a passion for fishing and he gave my mother the fishing bug early in their courtship.
Dad thoroughly enjoyed his retirement, learning to golf (which he became quite good at), expanding his garden, reading avidly and of course fishing. He and Mom would frequently take guided fishing trips to Canada with Dad’s brother Laurin and his wife Louise who were essentially their best friends as well as relations. They also visited his beloved Florida on a regular basis, always staying at the same place, on the same beach in Indian Shores…the only place that boasted a private fishing pier, on which Dad spent countless happy hours, catching fish, baiting Mom’s hook or just enjoying the beautiful sunset.

To say he had a full and blessed life would be an understatement. He will be missed.

A private interment will be held at Cave Hill Cemetery.

Expressions of sympathy in memory of Paul may be made in the form of donations to Hosparus of Louisville or to the Humane Society of Kentucky.
Read Less

To send flowers to the family or plant a tree in memory of Paul Hunt Hagewood, please visit our Heartfelt Sympathies Store.

Receive notifications about information and event scheduling for Paul

We encourage you to share your most beloved memories of Paul here, so that the family and other loved ones can always see it. You can upload cherished photographs, or share your favorite stories, and can even comment on those shared by others.

Posted Jun 03, 2020 at 09:27am
We just found out, but would like to add our expressions of sympathy to Patti & Anne in the passing of their Dad. We truly loved and admired him. He was a very special man, that always left us with a smile on our faces. We'll look forward to having him greet us in heaven. Baird & Cathie Foree
Comment Share
Share via: 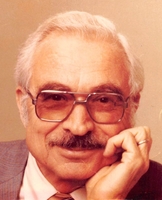