To share your memory on the wall of Richard Johnson, sign in using one of the following options:

To send flowers to the family or plant a tree in memory of Richard C. Johnson, please visit our Heartfelt Sympathies Store.

We encourage you to share your most beloved memories of Richard here, so that the family and other loved ones can always see it. You can upload cherished photographs, or share your favorite stories, and can even comment on those shared by others.

Posted Mar 19, 2020 at 03:29pm
Hello Marie,
What a surprise, when I opened my mail and found the Conference Memoriam to Dick. Since moving in August to Maryland, I've thought of you several times and prayed that you both were well. I remembered that you were greatly concerned about Dick's health. I'm glad you have your children to help you through your days of adjustment to life without the physical presence of Dick. I imagine you will eventually move to live with the boys.
I was living happily by myself but Robert was concerned that something would happen to me, so I yielded to his expression of loving concern and moved in with his family after they remodeled a suite of rooms for me. I am glad I made the move. I'm still opening boxes and getting settled. Take your time and be sure to make decisions you will be happy with. The Methodist Home in Franklin or the Methodist Home there in Louisville would be good places to consider. I probably would have chosen one of them if Robert hadn't extended his invitation.
I missed seeing the two of you, but we will see each other again in the Sweet Bye and Bye.
I pray you will feel the Comforting Presence of God constantly.
Your friend,
ELDON
Comment Share
Share via:

Posted Mar 18, 2020 at 01:51pm
I am sad the coronavirus guidelines have kept me from coming to pay respects to this quietly dedicated man of God. Dick had a huge influence on my family, and I am grateful for his life in service. My condolences to all of you. Marie, I am so sorry. 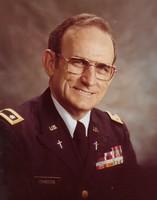 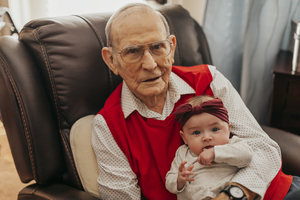