To share your memory on the wall of Robert Schaefer, sign in using one of the following options:

To send flowers to the family or plant a tree in memory of Robert Weber "Bob" Schaefer, please visit our Heartfelt Sympathies Store.

Big Ass Fans team, Bob and Sue Dearmond, and other have sent flowers to the family of Robert Weber "Bob" Schaefer.
Show you care by sending flowers

Posted Sep 03, 2020 at 05:30pm
May these trees live in your memory. The Bonins of North Carolina and Virginia

3 trees were planted in the memory of Robert Schaefer

Posted Sep 05, 2020 at 06:53am
Please accept my condolences. My thoughts and prayers are with you and your family. Love

Posted Sep 03, 2020 at 04:02pm
Martha and family: Please know that my prayers and thoughts are with you at this difficult time. I am sure that Lessie and Frank were there to greet him! Thank God for close family and friends at this time. You are truly gifted! Love and blessings, Abbie Creed.
Comment Share
Share via:
BT

Posted Sep 03, 2020 at 01:36pm
Daniel and family, you are in our thoughts and prayers during this tough time. Our warmest condolences go out to you!

Posted Sep 02, 2020 at 05:53pm
Our thoughts and prayers are with you during this difficult time. May you be comforted by the love and prayers surrounding you. Gods peace.

Flowers were purchased for the family of Robert Schaefer. Send Flowers 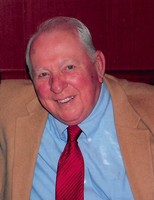