To share your memory on the wall of Robert Lee Zaepfel, Sr., sign in using one of the following options:

Provide comfort for the family by sending flowers or planting a tree in memory of Robert Lee Zaepfel, Sr.

Provide comfort for the family by sending flowers or planting a tree in memory of Robert Lee Zaepfel, Sr.

He is preceded in death by his loving wife, Doris Jean Zaepfel, and his great-granddaughter, Ale... Read More
Robert L. Zaepfel Sr., 96, was born on March 8, 1923 and went to be with his heavenly father on December 10, 2019 surrounded by his family.

He is preceded in death by his loving wife, Doris Jean Zaepfel, and his great-granddaughter, Alexis Neighbors.

Robert lived a life of honor, serving in the Navy during World War II from Pearl Harbor until the American victory. He was a decorated war veteran, receiving a Purple Heart. After serving in the Navy, he became a Sales Manager and eventually retired from Belknap Incorporated. He was an esteemed businessman and took great pride in the building of his home where he stayed during the entirety of his life. He will be greatly missed.

Visitation will be Friday, December 13, 2019 from 2pm through 8pm with a celebration of life service on Saturday, December 14, 2019 at 9am, both at Highlands Funeral Home, 3331 Taylorsville Rd., Louisville, KY 40205. Special thank you to his end-of-life caregivers, Lenida Taylor and Sherry Bridwell, including Hospice.

Expressions of sympathy can be sent to St. Jude Children’s Hospital and Hospice Care of Louisville.
Read Less

To send flowers to the family or plant a tree in memory of Robert Lee Zaepfel, Sr., please visit our Heartfelt Sympathies Store.

We encourage you to share your most beloved memories of Robert Lee Zaepfel, Sr. here, so that the family and other loved ones can always see it. You can upload cherished photographs, or share your favorite stories, and can even comment on those shared by others. 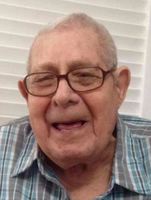